The dream lives on

The Honda CB1100EX is a modern, air-cooled, four-cylinder machine with a crisp exhaust note. Attractive details, like the slim brushed aluminium side panels and spoked wheels, the look is straight out of the 1970’s. With a revamped engine, slipper clutch, Showa forks and shocks – showing lots of lovely chrome ­– it not only looks like a dream, it handles like one too. 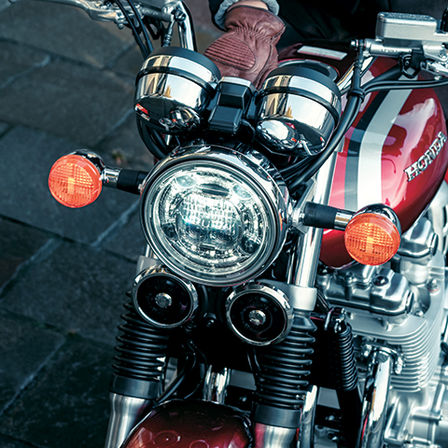 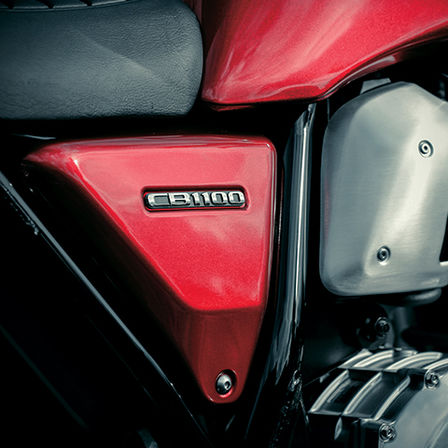 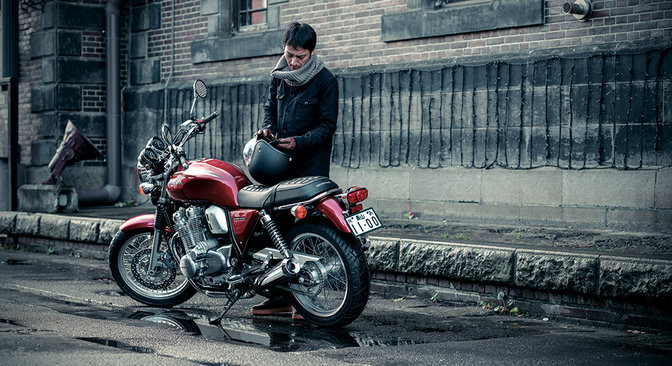 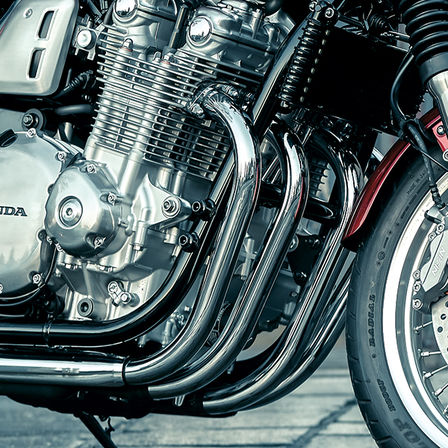 What’s your style: pure classic or a raw custom?

Take a closer look at how the CB1100EX has turned the clock forward. 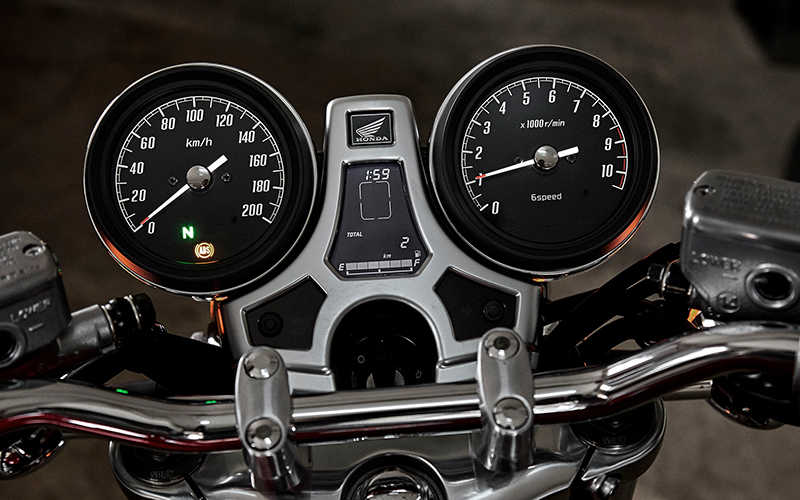 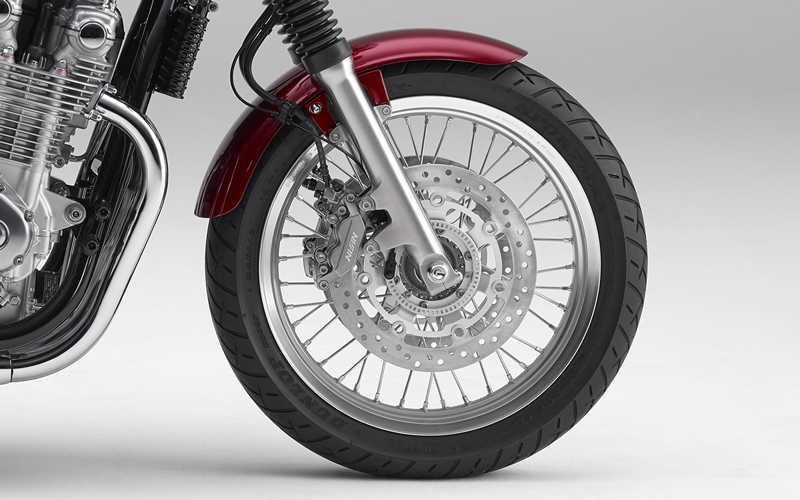 Front and rear wheels are traditional chrome style rims, laced with stainless steel spokes. They’re easy to keep clean and are much more resistant to the effects of weather; keeping that special sparkle, for longer. 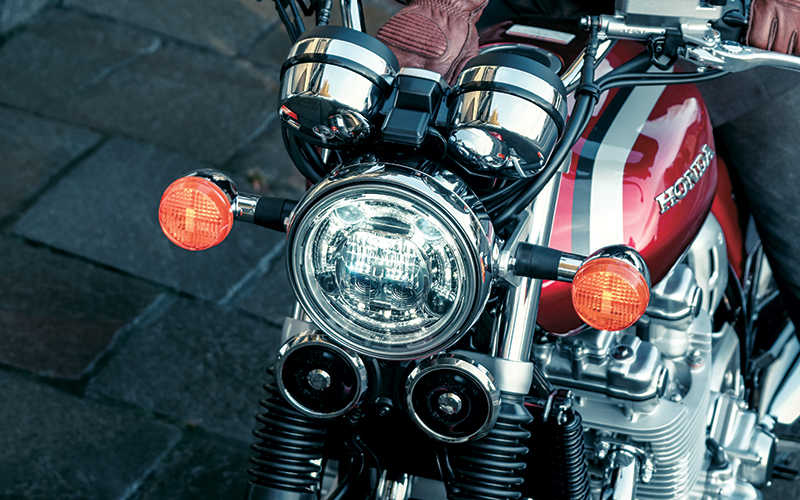 Tradition demands it: the round front headlight is now LED with a running light and flanked by classic-style 70mm diameter indicators. Unmistakably 70’s – underlined by twin horns – this handsome cluster crowns the front of the machine. 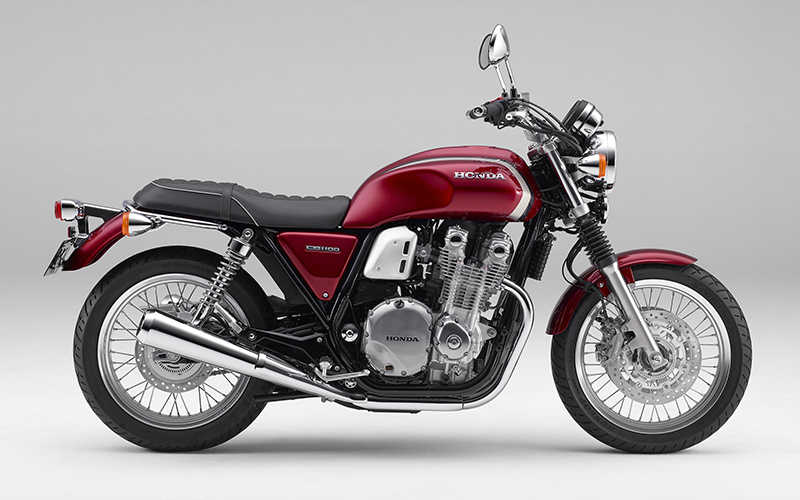 The classic tubular steel double cradle frame holds the engine with four rigid and two rubber mounts. A relaxed steering geometry – with rake and trail of 27°/114mm and wheelbase of 1490mm – make it a real pleasure to ride anywhere. 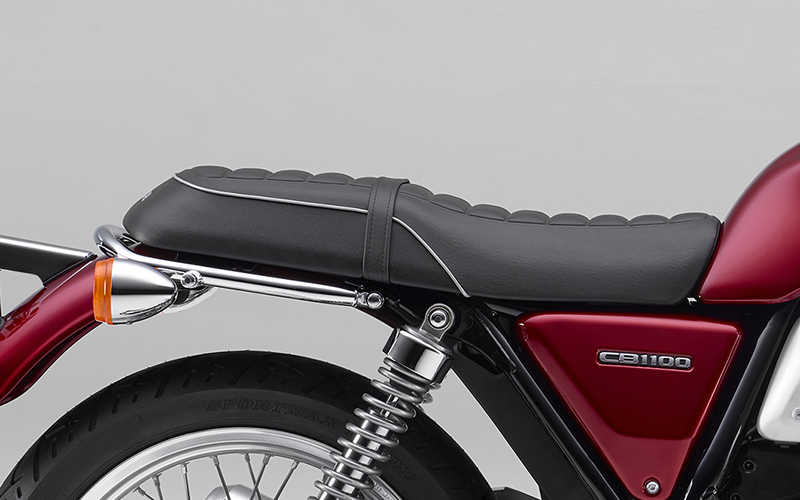 A wide classic seat, made just the way they used to be. Finished in a high quality, durable cover It's well padded and extremely comfortable for the rider and the passenger. 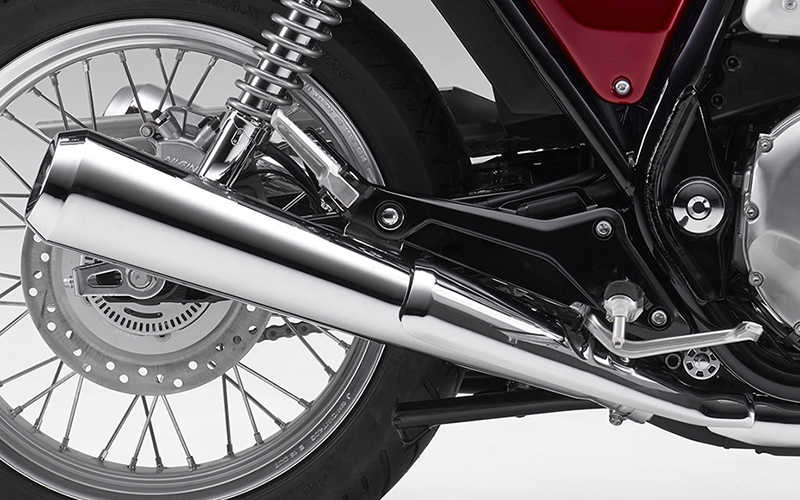 The footrest hangers have been redesigned for a snug fit, complimenting the lines of the chassis and mufflers. Lighter and smaller, made from strong die-cast aluminium, they support both rider and pillion footpegs. 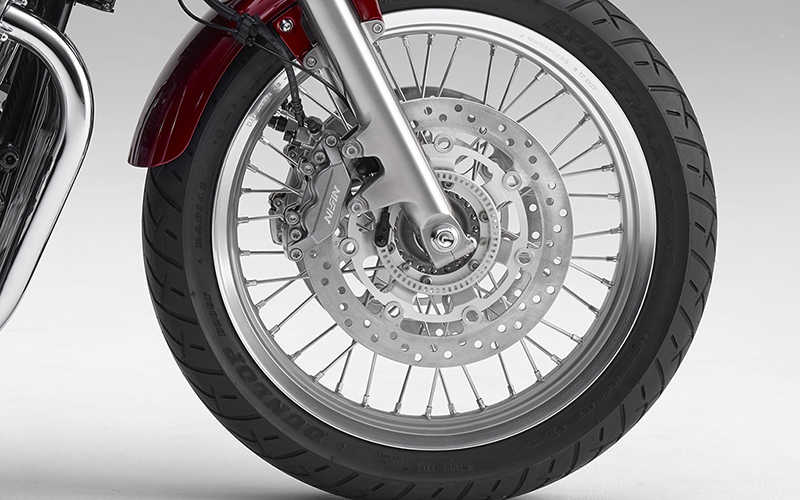 Twin 296mm floating discs and four-piston Nissin calipers are mounted up front; the rear is a 256mm disc and single-piston caliper. Working together with ABS, you get a positive and confident feel under all stopping conditions. 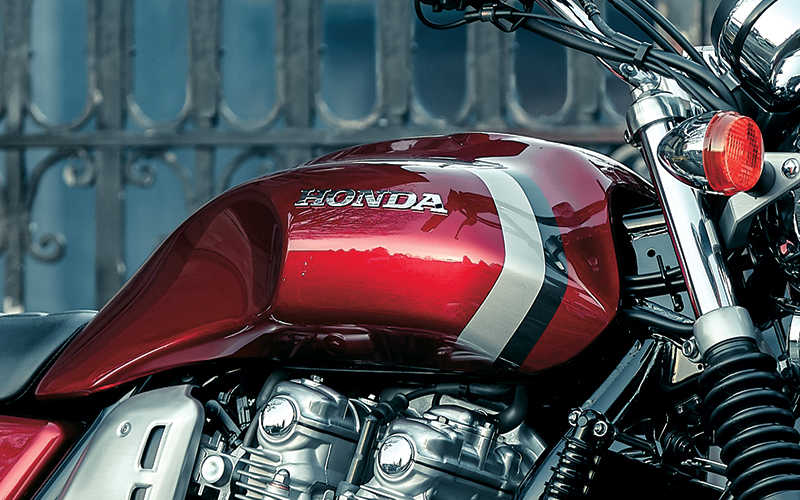 There’s no mistaking the proportion and silhouette of a true 1970s superbike. The CB1100EX has a flowing, curvaceous fuel tank – made without seam-welded lips – that evokes hand-made craftsmanship and topped with an aircraft-style, alloy filler cap. 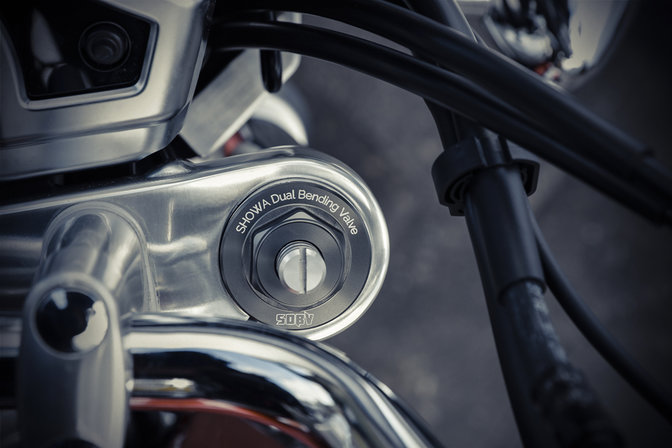 Lighter than a conventional cartridge, this arrangement provides linear damping, according to speed, for a compliant and supple feel.

The CB1100EX has a redesigned, custom-style 41mm Dual Bending Valve type fork that provides excellent control. Incorporating a free valve structure that progressively increases the amount of damping according to the road conditions. This simple, innovative technology – a world first –delivers superior performance levels that are equivalent to cartridge type suspension units.

Twin Showa rear shocks, with lots of lovely chrome, offer adjustable spring preload and operate in unison with a strong, steel swingarm. This combination delivers good stability and excellent rear-wheel-feel and handling – even with a passenger on board. 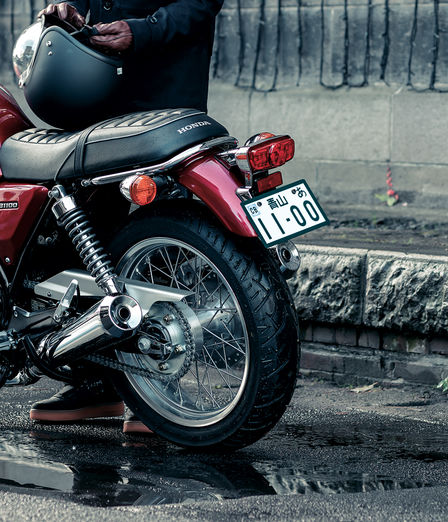 The past can catch up with anyone. 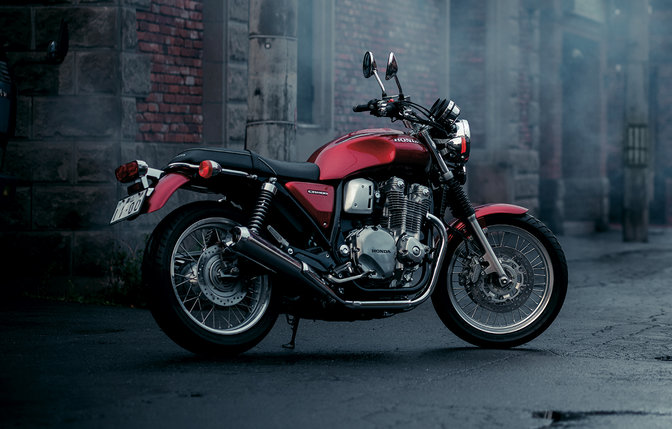 Compared to the famous CB750 Four, you can see how close the design and build of the CB100EX is when it comes to classic styling.

In 1969 the sound of an inline, air-cooled four-cylinder engine proclaimed the arrival of a new superbike era; enter the Honda CB750 Four.

It was an influential moment in time that changed our perception of motorcycles and the way we rode them. The CB1100EX is a direct descendant – a genuine, modern classic and, just like the CB750, it’s here to stay. 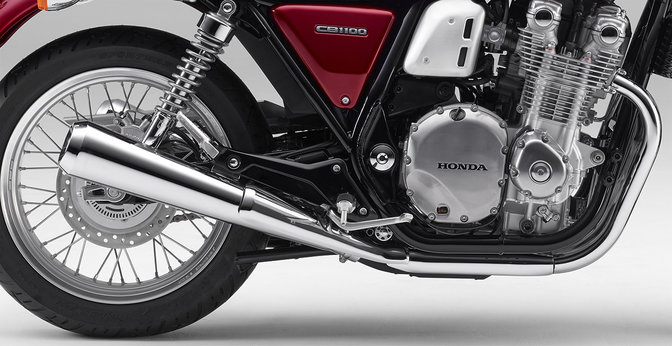 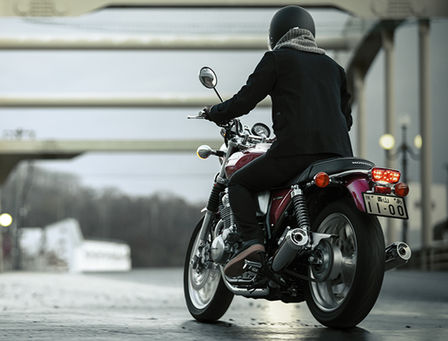 The LED rear light, indicators and number plate mounting bracket has been redesigned for a streamlined look, without neglecting the lines of a bygone, but not forgotten, era.