The fire that burns the brightest is the will to win, but it’s the will to prepare – and to learn – that makes the difference.

Honda racing to the front.

Soichiro Honda loved racing. In the 1930s he competed in events with his brother, driving a home-modified Ford. Soon after establishing the Honda company, in 1949, he took us motorcycle racing where we quickly notched up a number of famous victories. Soichiro didn’t stop there: he had an ambition to become a champion in a car he’d make himself: engine and chassis. The first steps towards this dream were taken in 1964 – in no less a forum than motorsport’s top division, F1.

The Honda RA271 first appeared at the 1964 German Grand Prix, becoming more competitive with every race. The 1965 season seemed to be having more downs than ups until Richie Ginther, driving the RA272, claimed our maiden victory in Mexico. Barely a year after the team's debut, Soichiro had realised his dream.

Soichiro would never sit back and watch, he wanted to see, and feel, his racing dreams happen 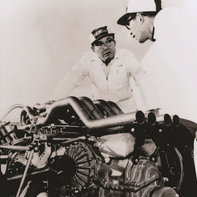 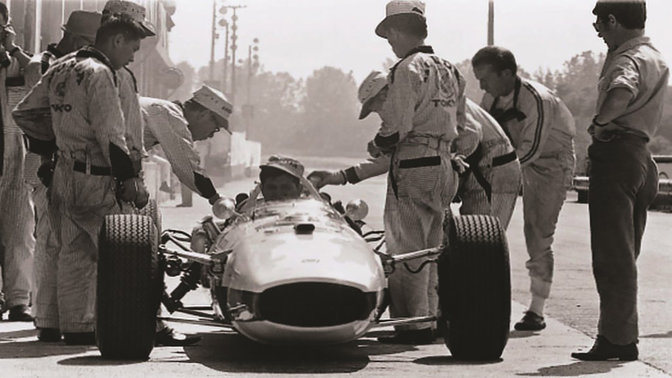 Our Honda engineers worked hard to become top-level F1 winners during the 1960s.

World champion John Surtees drove for the team in 1967 and scored a memorable victory at the Italian Grand Prix - winning with the new RA300 in its first race. The team withdrew from motor racing after the 1968 season, to concentrate their energies on developing new road cars, having cemented the Honda name in the motorsport hall of fame. 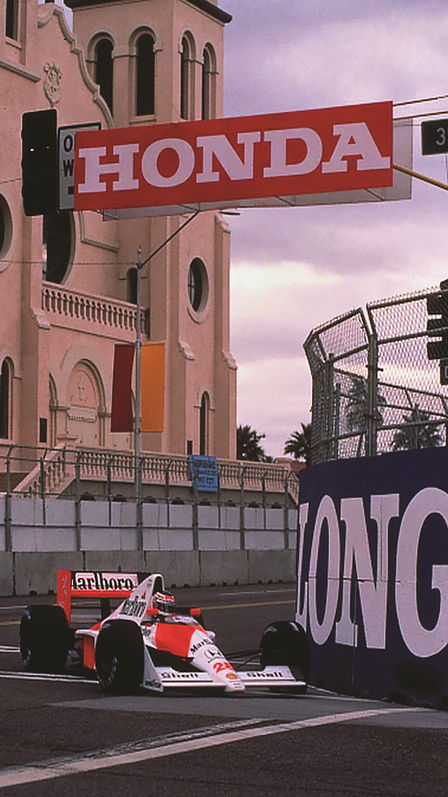 After a 15 year absence we came back to F1 as an engine-supplier in 1983. At the final race of that season, Keke Rosberg’s Williams Honda finished fifth and he won our first race of the turbo-era a year later. We won our first F1 World Championship title with Nelson Piquet in a Williams in 1987. At this time we were also supplying engines to Team Lotus with their up and coming driver Ayrton Senna – in that year’s British Grand Prix, Honda engined cars finished first, second, third and fourth!

In 1988, we began our relationship with McLaren and won 15 out of 16 races, taking the title with Ayrton Senna. Alain Prost won the championship with McLaren Honda in 1989, then Ayrton took our engines to consecutive titles in 1990 and 1991. We were virtually unbeatable. 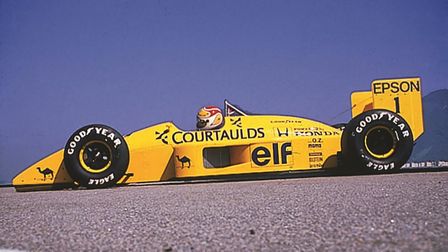 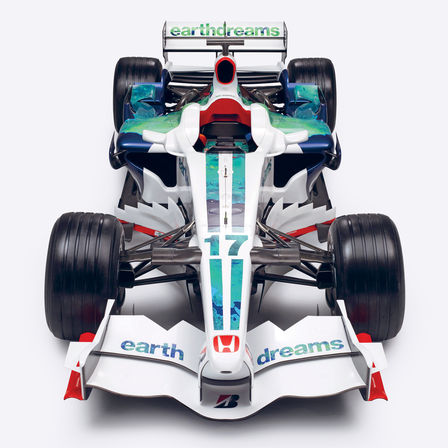 Gerhard Berger's win for McLaren-Honda at the 1992 Australian GP, the final race of the year, brought our second F1 era to a close. We remained involved through subsequent seasons in a low-key capacity with our partner Mugen Motorsports.

Back to the top step

As the new century came into view, we considered re-entry with our own car before choosing to supply engines to the BAR team from 2000 onwards. We were runners up in the 2004 season and in 2006 the team, now renamed Honda F1 Racing, won the Hungarian Grand Prix. It was at this race that Jenson Button claimed his first victory in Formula One.

2007 witnessed the start of our 'Earth Dreams' engine programme. Results were patchy but under the inspired leadership of Ross Brawn we made progress until the global economy crashed when, in order to concentrate on our core businesses, we pulled out of F1.

Ross Brawn and team principal Nick Fry bought out the Brackley-based team and, with some support from Honda, finished off the development of the new car in time for the start of the 2009 season. The now renamed Brawn GP team retained the services of Jenson Button and together they won, not only six of the first seven races but also went on to clinch the driver's and constructor's title.

A quick glimpse of our hard-earned race victories, along with the successes in Drivers' and Constructors' championships.

Back where we belong

Because racing improves the breed.

Honda cannot stay away from racing for long. Relishing the potential to learn from the hi-tech hybrid F1 era, we rejoined the F1 grid in 2015, with the McLaren team providing the chassis.

A baptism of fire

Soichiro Honda said that ‘success is 99 percent failure’, and we’ve experienced more than our fair share of challenges in recent years. This year we’re supplying and working with two ambitious race teams: Red Bull Scuderia AlphaTauri, with Pierre Gasly and Daniil Kvyat driving the AT01, and Aston Martin Red Bull racing, with Alex Albon and Max Verstappen driving the RB16.

After testing these distinctive, eye-catching cars in Barcelona, our enthusiastic teams look forward to moving up the grid and making strong progress during 2020. 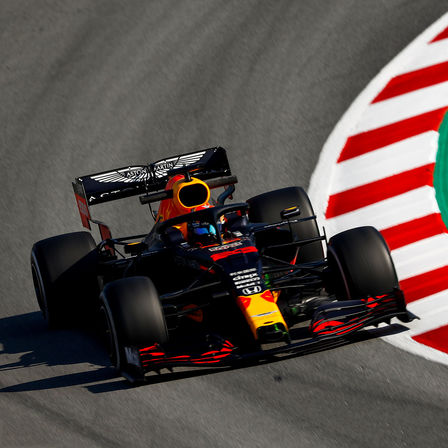 "There has been a colossal effort from both sides over the winter and progress has been made on all fronts”. Christian Horner, Team Principal, Aston Martin Red Bull Racing 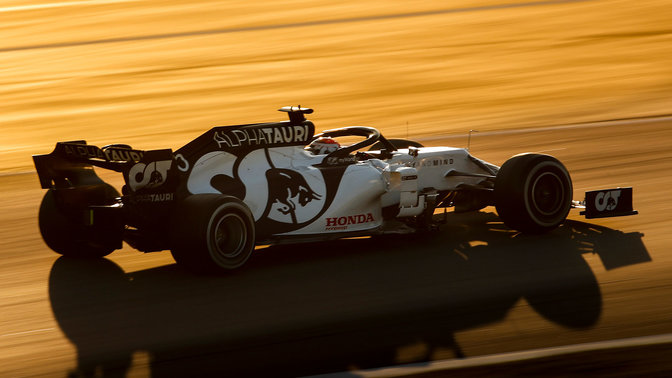 “Our priority for this season is to close the gap to the front runners, with the target of helping both our teams to achieve better results”. Katsuhide Moriyama, Chief Officer for Brand and Communication Operations, Honda Motor Co., Ltd

The finish line is never the end

From racetrack to road.

They say racing improves the breed. It certainly improves Honda. Everything we’ve learned from motor racing has always gone into our road cars. The circuit is our automotive test lab.

Pushing the boundaries in racing takes us to the cars of tomorrow. Win or lose, we never give up. The finish line is simply the start of another race, powering us towards our dreams. 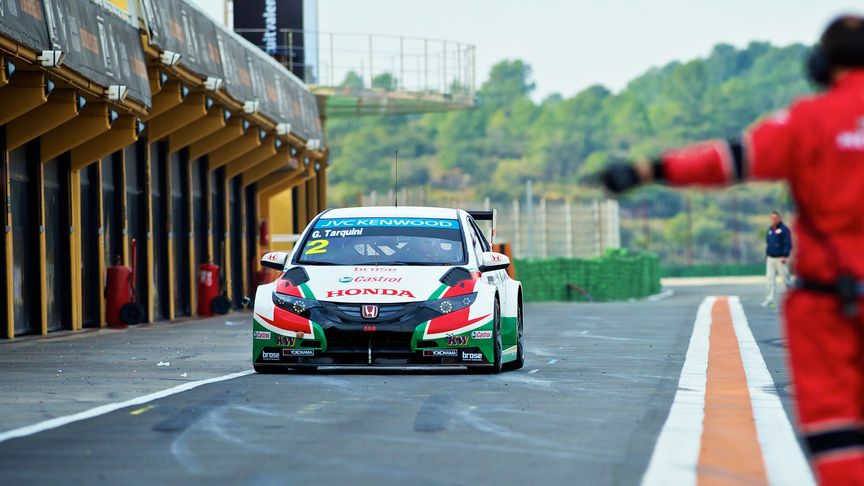