The power of dreams

Our founder, Soichiro Honda, was always dreaming of the future. Usually while he was creating it. The dream started when Soichiro first saw a car. He dedicated the rest of his life to making it a reality.

Soichiro Honda was a hands-on creative. “I think best when I have a wrench in my hands.”

Soichiro Honda learnt his trade making components. He learnt fast and his company thrived but it was destroyed during the Second World War so he had to start again. This time, he dreamt big. He created Honda’s first complete vehicle, the Type A motorcycle.

Based on a bicycle

Its engine was a converted power generator for a military radio transmitter. It was an instant sales success. When supplies of the generator ran out, Soichiro created his own engine. In 1948, the Honda Motor Co. Ltd was born. The dream was becoming a reality. 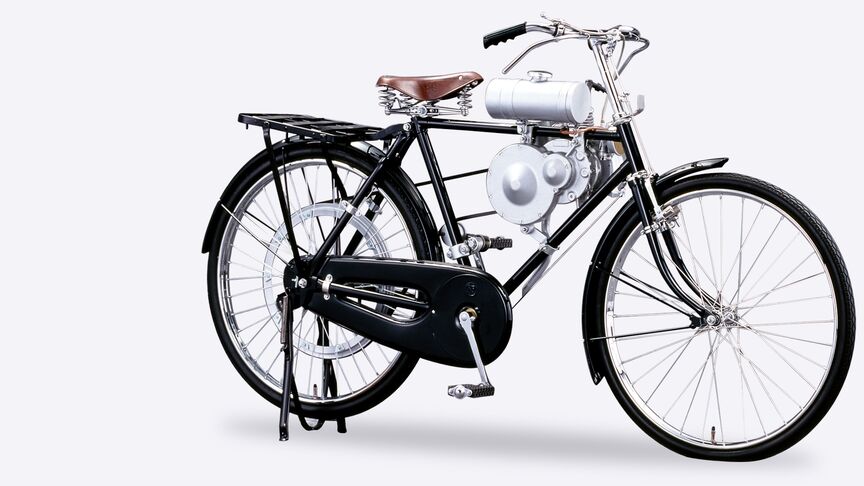 By the 1960s, Honda was the world’s biggest motorcycle manufacturer. Customers now wanted more. Soichiro responded with a beautiful sports car prototype in 1962. It reached production, the following year, as the S500.

Within two years, a new factory was needed, simply to keep up with demand. Soichiro's dream was blossoming and the Sixties were swinging. 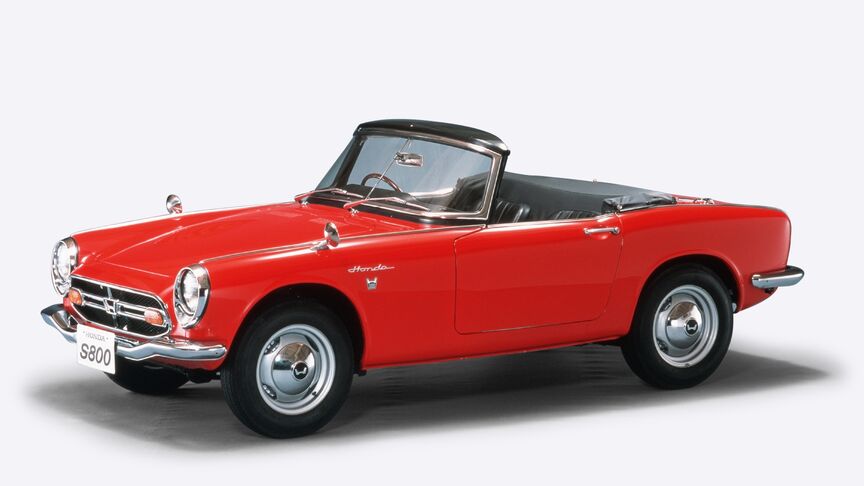 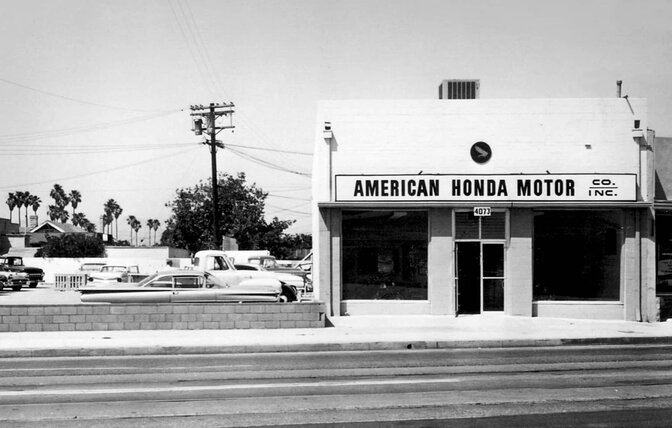 The American Honda Motor Co. Inc. was originally established to sell the Honda Super Cub. It soon became apparent that the USA was more the land of the automobile, than that of the motorcycle.

In 1959 Honda began selling overseas for the first time, setting up a base in Los Angeles. The Japanese newcomer was now an exporter. American Honda soon flourished, boosted by the classic 1960s advertising campaign, 'You meet the nicest people on a Honda'. (It's true...)

In 1962, Honda announced plans to build its first factory outside Japan, in Aalst, Belgium. It opened the following year, with Soichiro Honda himself jetting in for the opening ceremony. The Honda Motor Co. Ltd., was just 15 years old and already a global business. 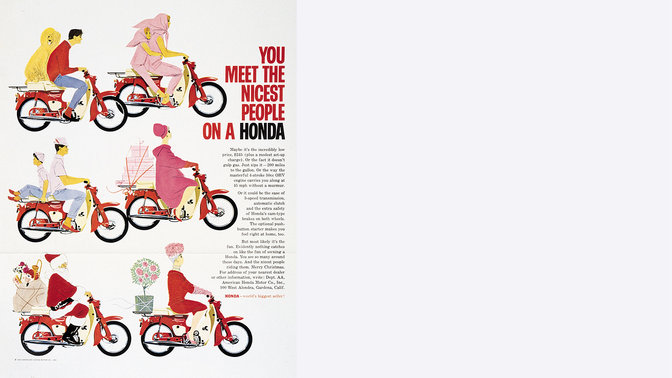 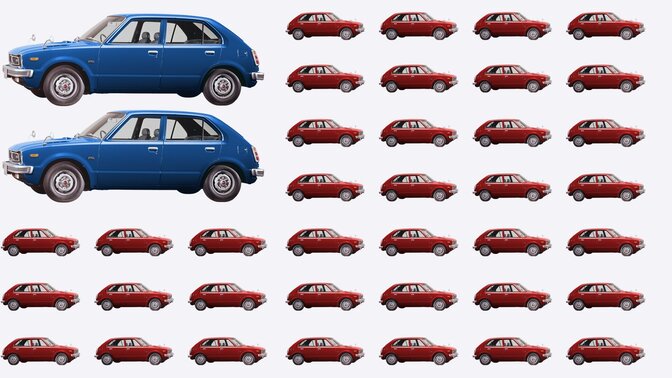 The Honda Civic was a nimble economical car that took America by storm. With new US emission regulations it was a big success competing against the gas-guzzlers of the time.

Dreams are made of this

By the 1980s, Honda was an established global name. It set its horizons accordingly and decided to make a supercar but without the supercar drawbacks. “It’s the dream of every development engineer to create a sports car,” said the man in charge of the project, Shigeru Uehara.

The project progressed through the 1980s as the ‘New Sportscar-eXperimental’ - The NSX. World champion racing driver Ayrton Senna gave input to the project and when it was revealed in 1989, reviewers were amazed. Honda’s dream supercar gave its rivals sleepless nights. 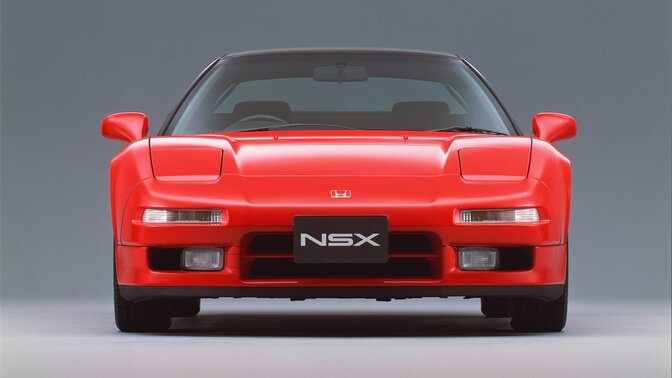 The unmistakable NSX; a supercar in every sense. 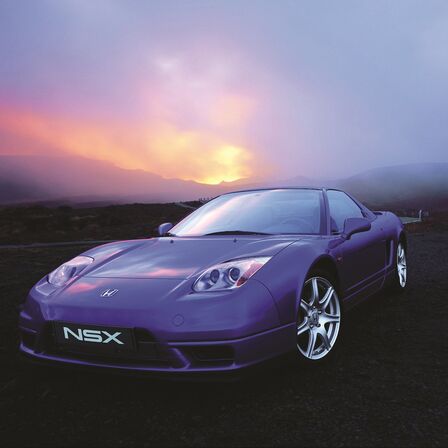 Strength and lightness: With a design inspired by the F-16 jet, the original NSX employed the world’s first all-aluminium-semi-monocoque body.