E10 Fuel Update for Your Honda

With E10 petrol moving towards becoming the standard fuel used in the UK market, we want to assure you on the safety and compatibility of your Honda. 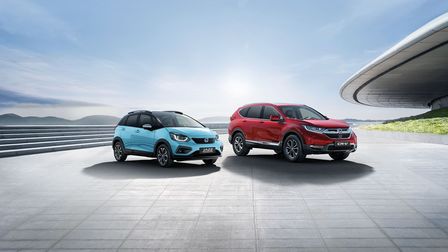 Back to Honda Owners

E10 petrol and your Honda

E10 petrol can be used in all Honda car models equipped with electronic fuel injection (Honda PGM-FI). Honda PGM-FI is equipped on all models from 1996YM (year model).

If your car is aged pre 1996YM, or you are unsure of the year your car was made and whether it may be compatible with E10 petrol, please contact your local dealer.

In brief: Petrol that has up to 10% ethanol content.

Ethanol is a form of alcohol, which is obtained through the fermentation of distillation of crops, known as feedstocks, such as grains, sugar beet or straw. In addition to ethanol there are a number of other renewable and sustainable fuels which have similar properties and effects on the vehicle as ethanol. For simplicity these are all referred to as E10 petrol.

What’s the difference between E10 and current unleaded petrol?

E10 petrol meets the same quality standards as current unleaded petrol 95, but a greater volume of renewable fuels may be blended in to it. This specification of petrol has already been introduced across Europe and you may have already seen it in French or German filling stations, where it has been on sale for a couple of years.

When will E10 be in petrol stations?

It is expected that the UK petrol producers can start the roll out of petrol containing up to 10% ethanol – known as E10 – from early 2013, but it is up the fuel producers whether they do introduce this specification of fuel. Different retailers may choose to introduce E10 petrol on different timescales, therefore availability of E10 petrol may vary by geographical area and branded outlet.

E10 petrol will be clearly labelled at the dispenser. The standard marking for all dispensers using the new E10 petrol grade is set out in the British Standard, and will follow the form below:

UNLEADED
PETROL
95 E10
Not suitable for all vehicles: consult vehicle manufacturer before use
BS EN 228

The ‘95’ in the label refers to the minimum octane rating, RON, on the fuel.

Will E5 stop being available?

The existing grade of unleaded petrol is likely to be available whilst demand for it continues, although this might not be the case on every petrol station forecourt as it is up to the fuel provider to decide which grades of fuel they supply.

Is E10 going to cost more or less than current unleaded petrol?

The pricing of fuels is a matter for the individual fuel retailers. We’re not able to predict how much either fuel will cost.

How will E10 petrol affect mpg and performance?

E10 petrol contains less energy than regular (E5) petrol but operates in a very similar way, so any difference in performance or mpg is likely to be unnoticeable. However, no official tests have been conducted.

Can I move down a VED band by using E10 petrol?

In the UK, VED is based on CO2 emissions of a vehicle when it is tested to the European Type Approval standards. This test has not been carried out using E10 petrol so VED banding will not change.

Can I mix premium, standard and E10 unleaded petrol?

All compatible vehicles can safely mix the different types of unleaded petrol. If in doubt, continue to use ‘Unleaded 95’ petrol and/or ‘Super Unleaded’ petrol as usual.

What should I do if I fill up with E10 by mistake?

Is there an aftermarket ‘kit’ I can purchase to convert my car to use E10?

There is no aftermarket kit available for converting Honda vehicles / products that are not compatible with E10.

Why are some petrol powered vehicles and equipment not compatible with E10?

Some petrol engines, especially older ones, may face some issues of material compatibility when using E10 petrol which may affect the vehicle/device’s fuel system and/or engine. Diesel powered vehicles and products cannot use E10.

How many vehicles in the UK are affected by this fuel change?

(SMMT figures Dec 2012) 91% of passenger cars registered in the UK are unaffected by the introduction of E10 petrol. E10 petrol is petrol blended with bioethanol and can only be used in petrol cars and should not be used in diesel vehicles. 87% of the petrol vehicles on the UK roads have already been confirmed as compatible with E10 petrol manufacturers with 4% still to be confirmed. Many of the vehicles which are not compatible were registered before 1997 and may be historic or low mileage vehicles.

How can I tell the age of my Honda vehicle from the VIN?

A vehicle’s VIN contains a mixture of 17 numbers and letters. The tenth number/letter indicates the year model (YM) of a vehicle.

Where can I find the serial number and what does it look like?

Serial numbers are usually in the form of a 4 digit letter code followed by a 7 digit number code (eg ABCD 1234467).

Where can I find a full list of the Honda vehicles which are and aren’t compatible with E10?

There is not a full list detailing the compatibility of all Honda vehicles and products with E10. If you are unsure of the year your Honda vehicle / product was made and whether it may be compatible with E10 petrol, please contact your local Honda dealership.

Bio fuels are a viable alternative to fossil fuels. However, for the most part the term biofuels is used to refer to that of alternative substitutes for petrol, diesel or aircraft fuel.

There are many sources of feedstocks for biofuels; crops, specific crop elements, waste streams and agricultural processes. All biofuels added to petrol and diesel in the UK meet the requirements set out in relevant European Directives.

Bioethanol is one of the most sustainable fuels available in volume and, according to the Department for Transport statistics, delivers carbon savings of at least 45% compared to fossil petrol.

Why do we need biofuels?

The UK is committed to reducing greenhouse gas (GHG) emissions including those from road transport and has introduced mandatory targets under the Climate Change Agreement.

Transport is currently estimated to be responsible for around 24% of the CO2 emissions from the UK which only fell by 1.4% in 2011 despite significant progress in several key areas, such as new car emission which fell by 4.2%

Bioethanol offers significant GHG saving compared with petrol refined from crude oil. Bioethanol sourced from sugar crops can deliver up to 70% savings. The UK government estimates that adding an additional 5% of bioethanol to petrol could save up to 0.6 million of the current 32.5 million tonnes of carbon emission from road transport (Source: renewable Energy Directive –RED).

Sustainably sourced and low carbon intensity biofuels offer an important means of reducing GHG emissions from both new and existing vehicles and petrol powered products, and therefore also provide for greater fuel security for the future.