Compact and quiet, with the ability to power even the most sensitive electronic equipment, our Inverter range is trusted by professional and private users throughout the world

Take your electricity with you

Honda was first to develop generators with the ability to power sensitive electronics. Our inverter series can produce 1,000 W to 7,000 W of portable power, enough to run anything from a laptop to a cottage.

View the features of the range 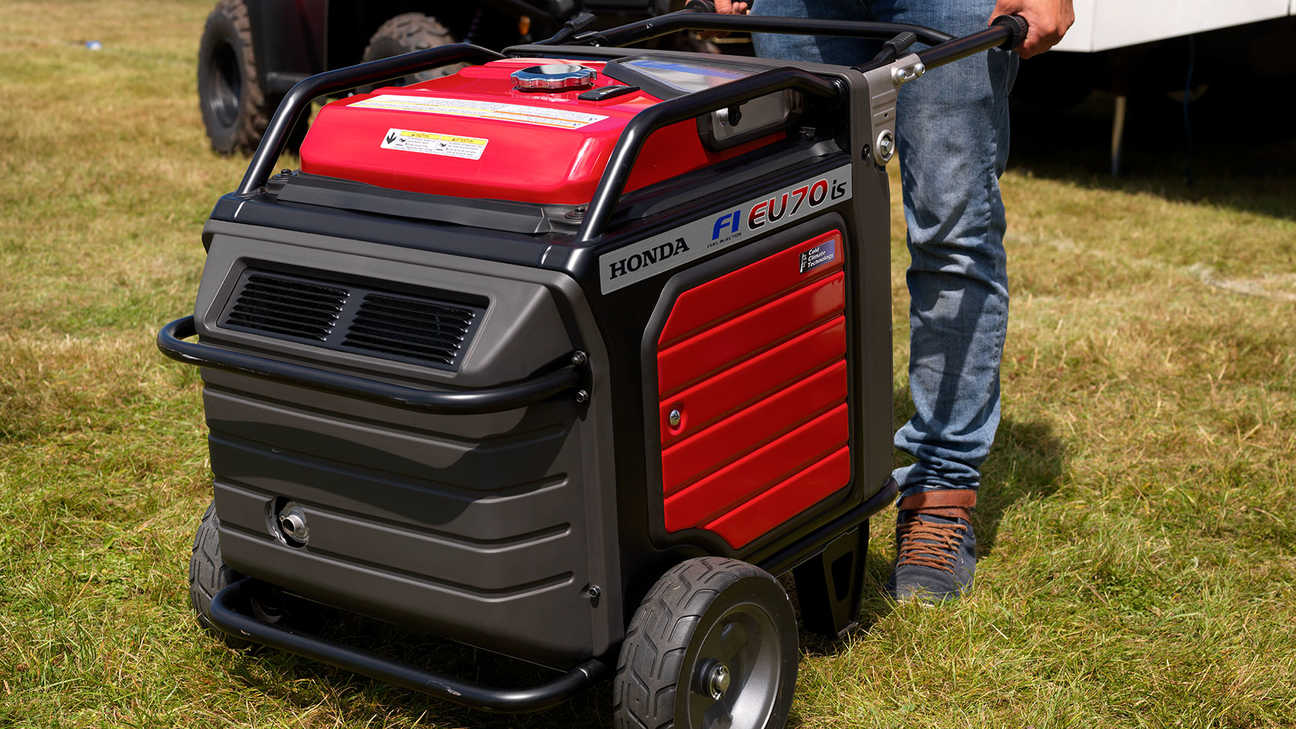 Ergonomic design combined with light materials, like magnesium, enable power to be available in the remotest places. 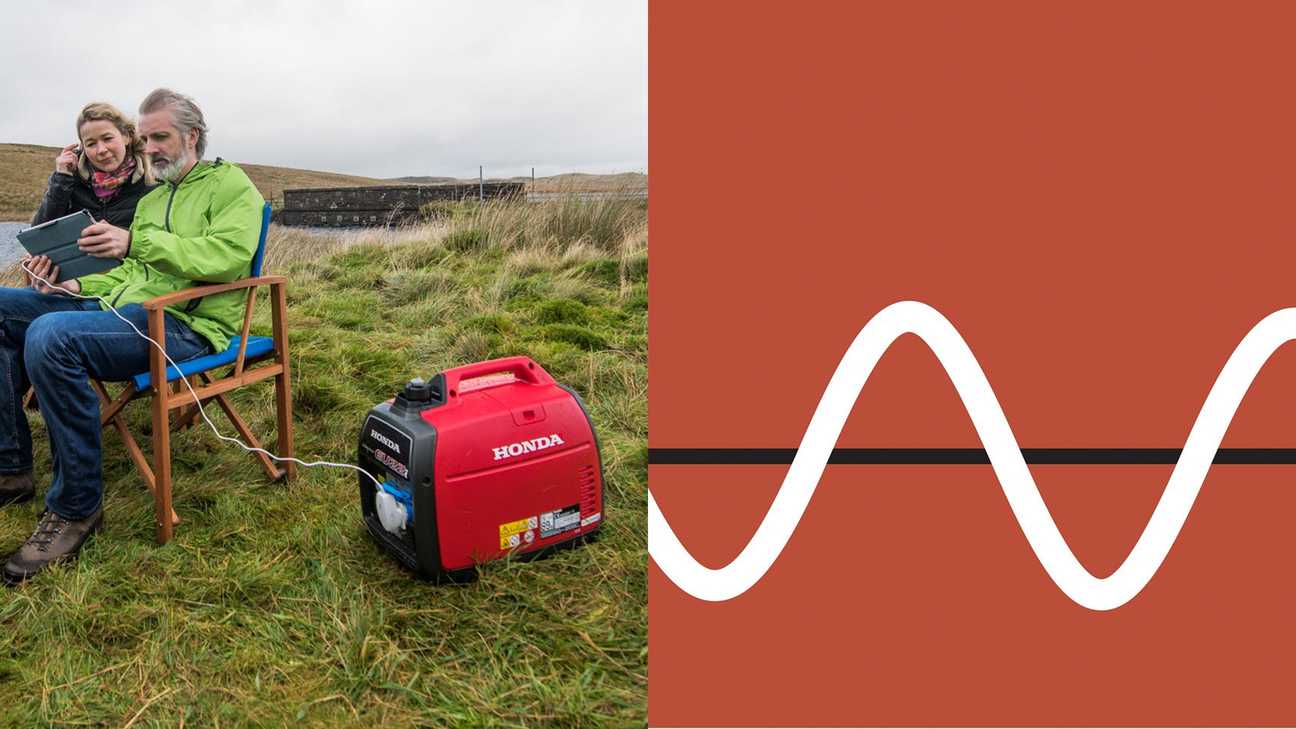 Generators from Inverter series supply the same high quality electricity as outlets from your home. This quality is critical for powering sensitive electronic devices such as laptops, TVs and Cameras. 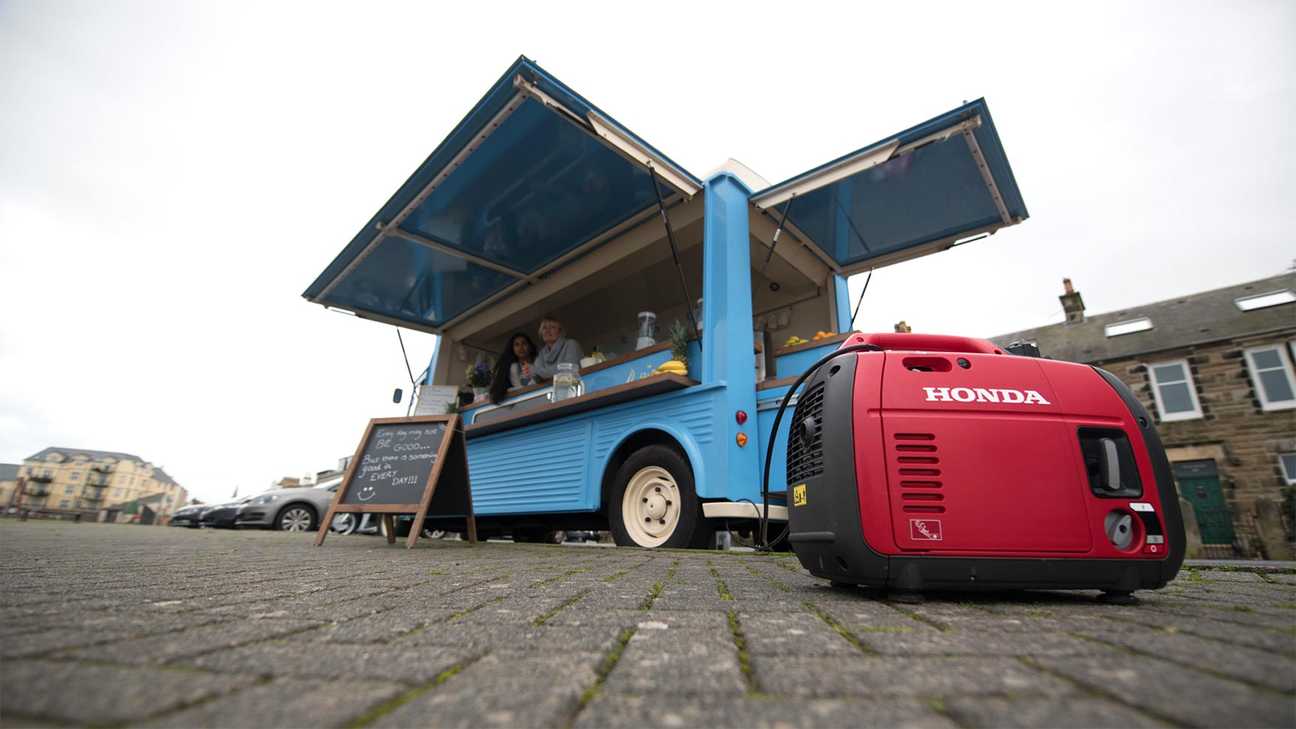 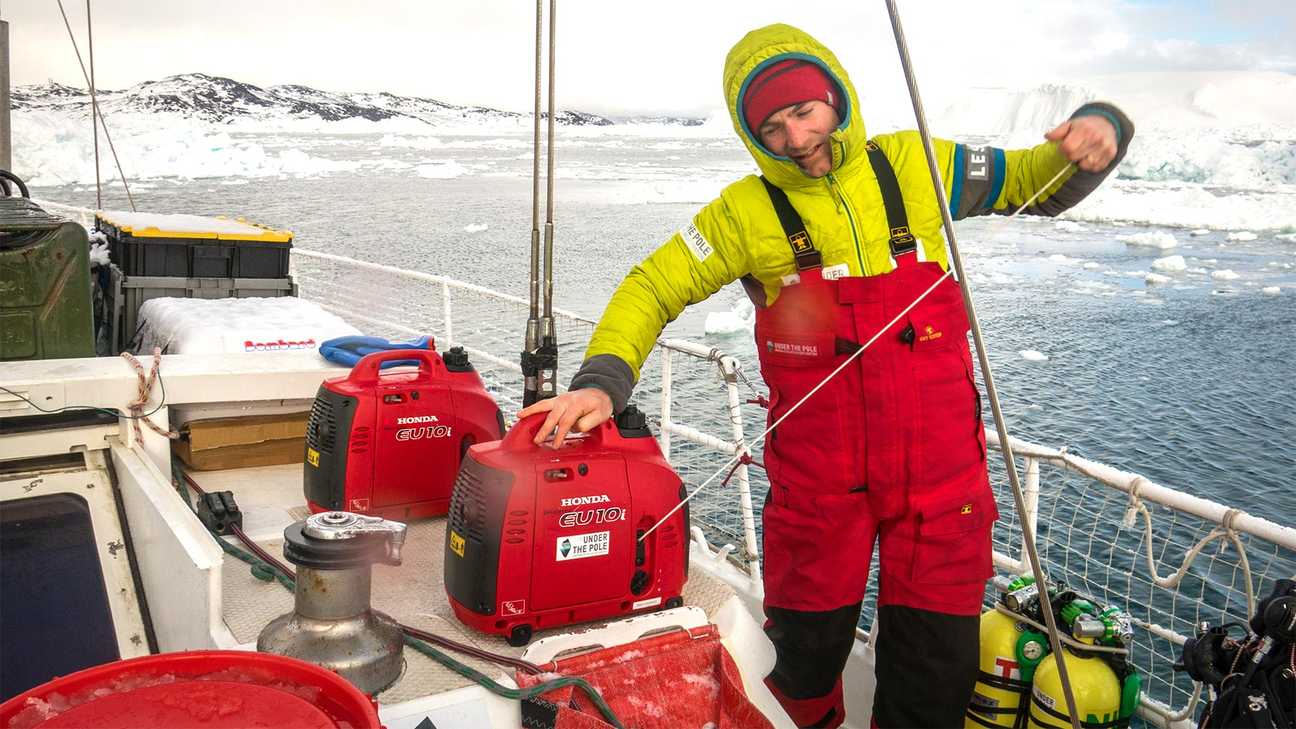 The recoil starter mechanism is light and smooth, and features automatic decompression for easy starts every time. To make start even smoother, EU30is and EU70is are fitted with electric start. 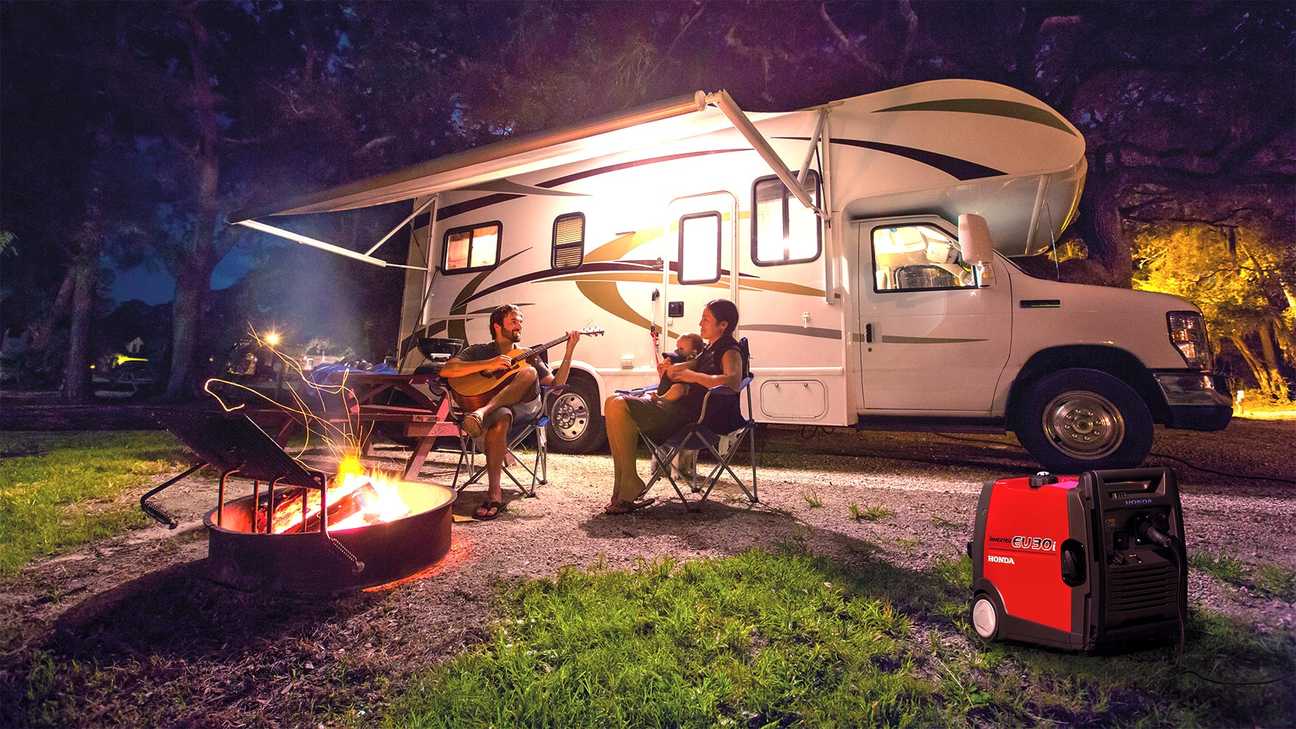 All Inverter series units are fitted with Eco-Throttle technology, which adjust the engine speed - whether under heady load or light use. This saves fuel, extend engine life and give quieter operation. 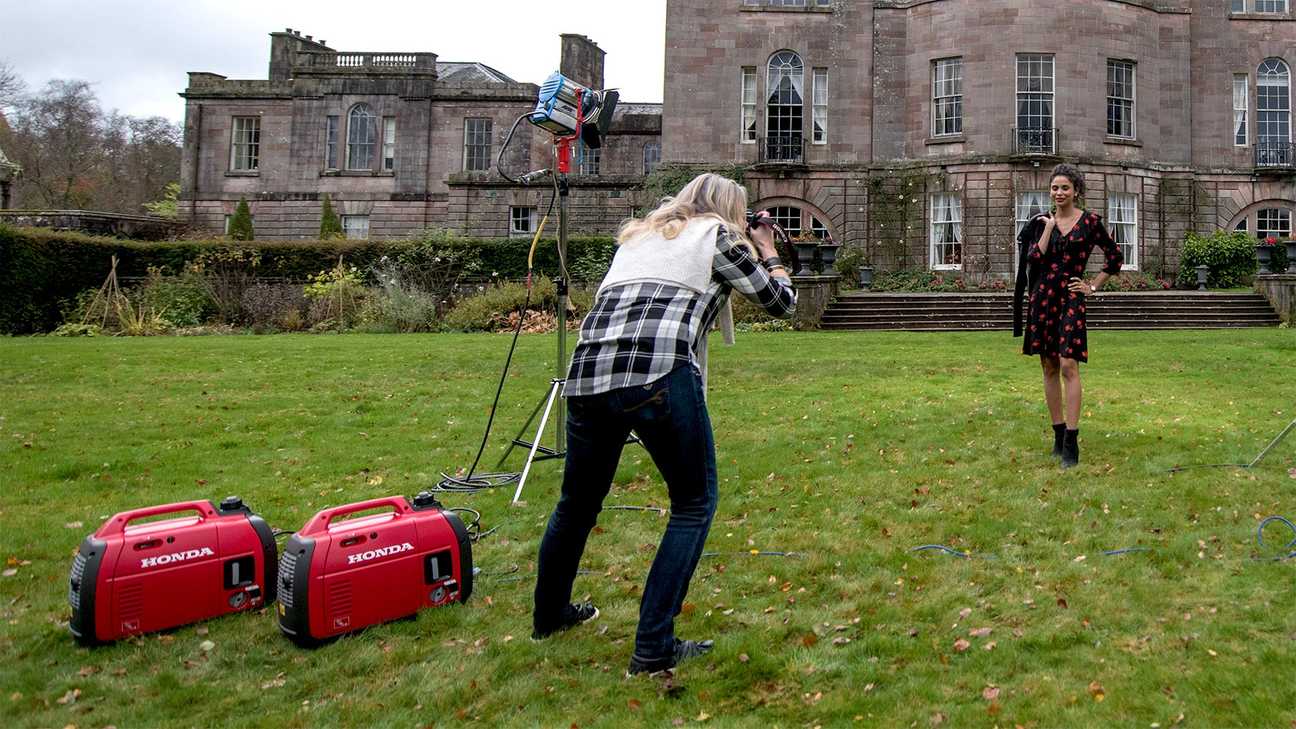 All the EU generators have parallel operation capability. Using Honda genuine parallel cables, two identical generators can be linked together to double the available power. 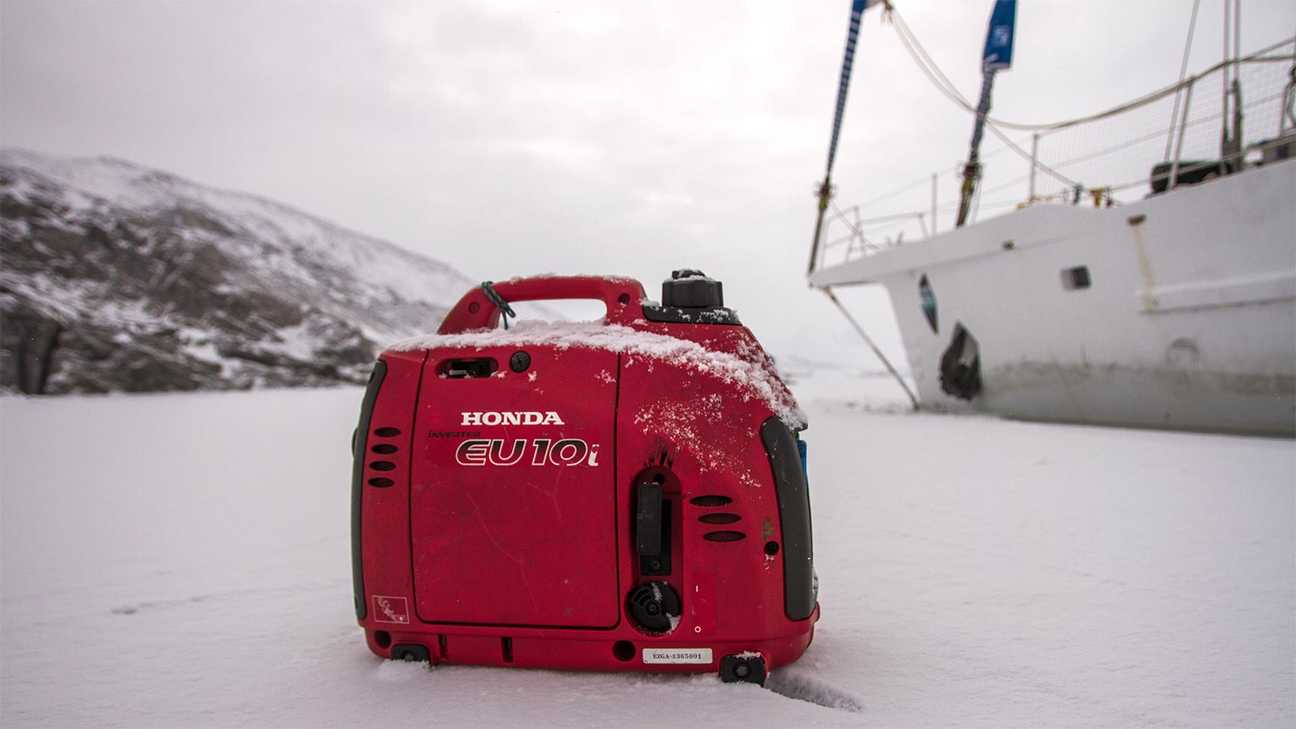 Our Honda 4-stroke engines are remarkably fuel efficient and reliable, which means fewer fill-ups and reduced maintenance costs. Oil-Alert™ Technology will automatically switch off the ignition if the oil drops below a safe level. 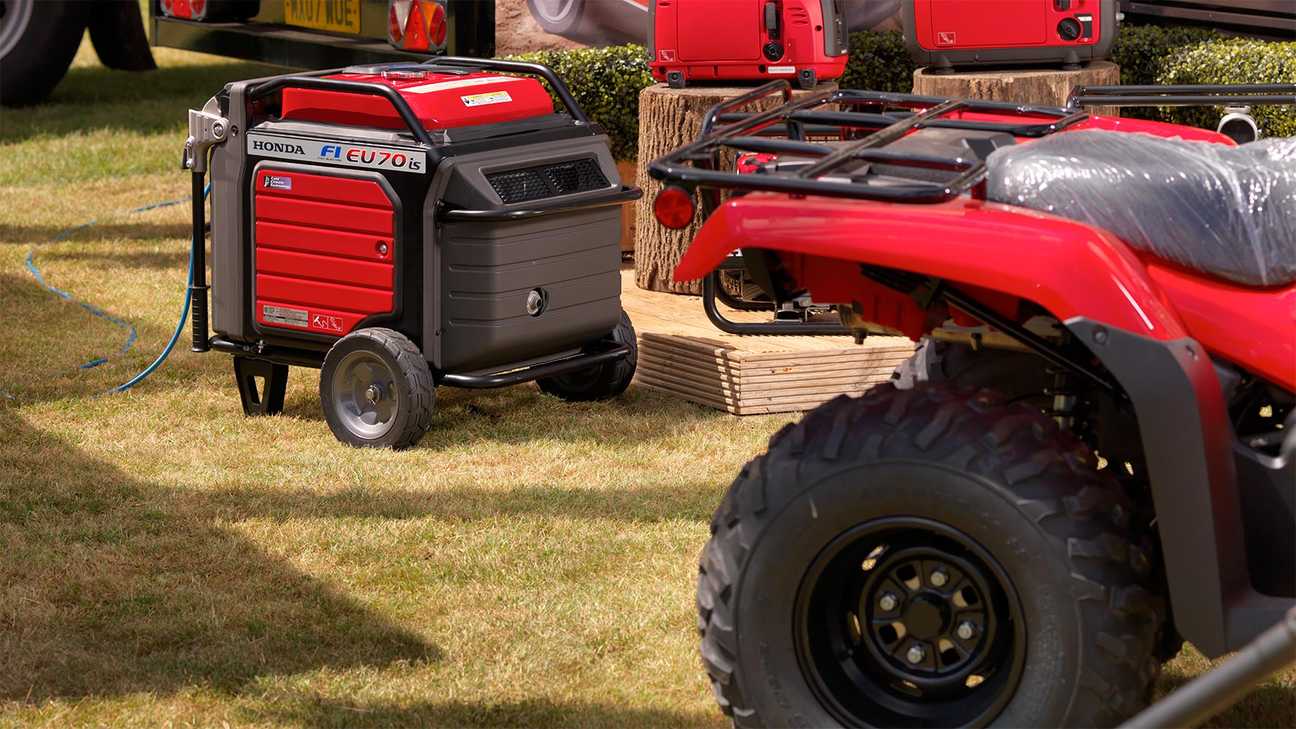 The EU70is is the only Inverter generator equipped with a fuel injection engine, which provides better fuel efficiency, easy starting, lower maintenance and the same level of performance even if used at altitude. 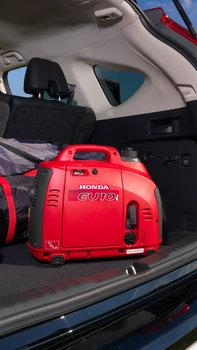 Honda Portables are so quiet they're the ideal choice for stables and farms.

A Honda Portable generator may be small but it’s packed with features and innovations that will provide you with clean, friendly power to run sensitive electronic equipment in the great outdoors. A combination of lightweight materials and design, and an ergonomic handle make this generator easy to lift and carry.

Honda generators are quieter because they have acoustically insulated casings and a unique exhaust muffler system that keeps engine noise right down. This can make all the difference when you're wanting to enjoy some quiet time out in the country. 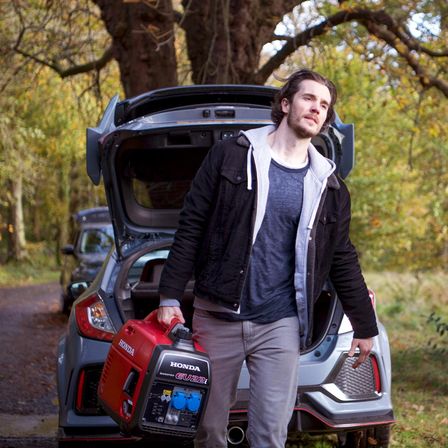 Welcome to the new generation of generator 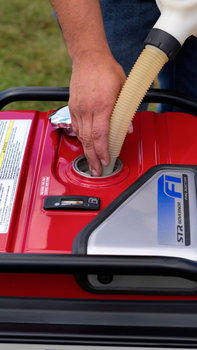 The Fuel Injection system eliminates the need of carburetor draining before storage periods of up to 30 days.

The EU70is is equipped with an electronically controlled Fuel Injection system, which increases fuel efficiency by up to 15%. The introduction of a newly developed inverter assists in this by reducing power loss and raising maximum output. This enables the EU70is to easily handle initial power peaks required to start motor driven appliances (like air conditioners or refrigerators). The 16% larger fuel tank and improved efficiency allow the generator to run longer in continuous operation - at half load it can operate for an estimated 12 hours! 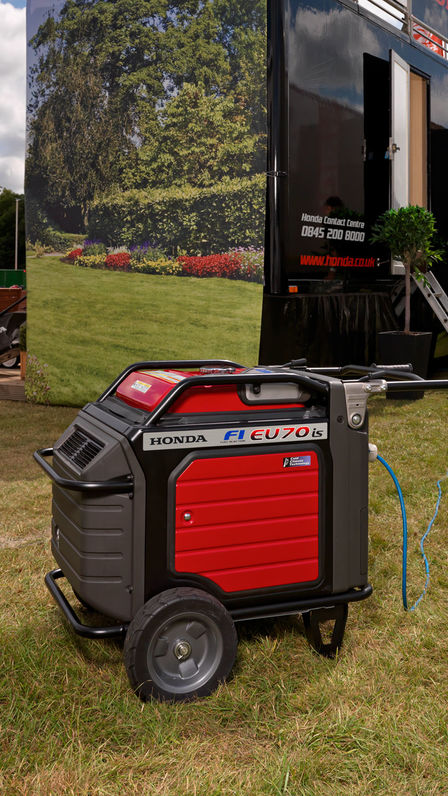 The power to choose

The light and easy way to take away your electricity.

Good in the long run

A promise is a promise and when we say we’ll stick with you all the way – we mean it. 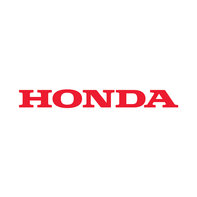 When you buy a Honda Generator you get the unrivalled support of a domestic or commercial warranty, as long as you stick to the service schedule. It will maintain the same value throughout the warranty period. That means the last day of cover is as good as the first. No matter where you go there’ll always be a Honda Dealer happy to help you in the unlikely event anything should go wrong. 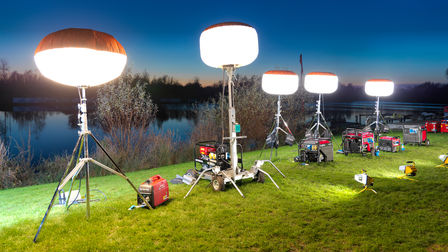